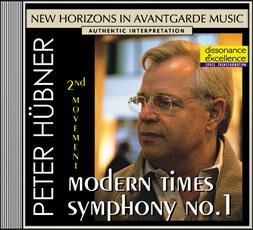 JOURNALIST: How do you see the future of music?

PETER HÜBNER: First of all I am, of course, for the freedom of the artist and the freedom of art. But I’m afraid, drastic changes are heading towards us in this respect.

Initially, I am expecting quite a number of legal lawsuits which would concern the various claim for damages relating to health. In my opinion, many musicians and/or their fans can bring such lawsuits successfully. This legal action would mainly go against the government. Within this system of orchestra performances, a musician has not got any rights and possibilities of his own to safeguard his health or to prevent his health from being damaged. Responsibility can be entirely passed on to the employer.

I see the same among the students and/or pupils of music academies and schools – where both don’t have any influence on the curriculum, either, and therefore bear the part of the powerless victim.

And here I see the same successful claims for compensation made by the parents against the responsible organs of state.

The same action might be anticipated for the media and concert organisers, but I do not believe the prosecuting and damaged parties will be as successful, because nobody is obliged to consume radio or TV or go to a concert.

But also in the cases where whole school classes are sent to concerts under the school’s curriculum or all together have to listen to or watch some sort of programmes, the general responsibility lies with the schools and/or their superior authorities.

There are, of course, valid reasons why drugs are not allowed to be sold in schools or no alcohol may be served. The same reasons apply to music – only this fact has not been made sufficiently known to the people responsible.

But to the same extent with which the health problems of pupils and juveniles will further increase, music will be localised as a very important component of being beneficial or harmful to health.

And, via their elected representatives and/or political parties, and therefore via the legislators and those responsible, citizens will put a stop to this or open doors, as this has been the case so far with drugs and vaccinations.

Vaccinations in favour of health take place under the patronage of the school authorities, as they are helpful to health. But the consumption of cocaine by pupils and students is prevented by the same responsible people. Milk drinks etc. are served to the pupils and students, but serving alcohol in schools is forbidden.

In future we will have to expect the same in the field of music – whether the musicians and/or music industries concerned like it or not.
The reason for this is only that in modern society the health aspect dominates over the aspect of art – at least when art jeopardises health or even damages it.

By the way, I believe that – and scientific investigations confirm this – in a positive as well as negative sense, music exerts a much stronger influence on health than the other means previously mentioned which we are able to eat or drink, and that music, on the one hand, can educate and inspire a person, to keep himself naturally healthy and fit – that, on the other hand, it can put him at the mercy of drugs and alcohol. In this respect, one may regard music as the best public relations department for alcohol and drugs.

After the previous investigations, I would like to go as far to say: as long as with regard to music, the legal regulations for the protection of people’s health have not been established, it is downright foolish, to want to fight against drug and alcohol misuse among children and juveniles – or allergies, poor powers of concentration, hyper-activity and aggression.

I am really glad that I do not have any personal responsibility in this respect, because I am not a civil servant nor am I a member of parliament.

And neither have I been elected onto the committees or the supervisory boards of the media, and I wouldn’t like to be in the shoes of those who have these jobs, and do not come up to their responsibility.