PETER HÜBNER: First of all, it is worthwhile differentiating conceptually between harmonious and harmonical music. The music that is categorised as harmonious music – let’s take folk-music or so-called folk-music which tends more towards being a pop song, but also large parts of jazz and rock music right up to pop music, and almost the whole of dance music – they all use certain elements of the harmonical. That is why, in large parts, this entire music appears to be harmonious to the layperson – well, it is.

The laws of harmony of the microcosm of music reveal to us a natural and inevitable musical system and a musical order which is perfectly harmonious. This applies to both the spatial aspect of the pitch as well as the temporal aspect of tonal rhythms, but also all the other further aspects of musical parameters, such as the processes of swinging in and out, modulations, the mechanics of overwaves etc., etc.. 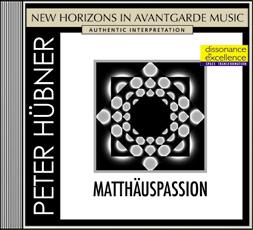 So, today we have the grotesque case that most creators and producers of simple light music have a more intuitive, natural spontaneous insight into the laws of harmony of the microcosm of music than the interpreters of classical music. And therefore they are themselves healthier and their performances more successful with the general public, for every human being bears the harmonical inside himself, and therefore sees the non-harmonical as foreign to his nature.

If the players of light music interpret any sort of music by the great classics, then these music pieces will most probably be more successful with the general public than their own light musical creations or than the corresponding classic productions by the archetypal classic interpreters.

The reason for this is that the player of light music is usually a true musician, and the classical musician an educated academic interpreter. The sales figures in the music industry prove that this thought is correct. And it is only natural and understandable that it should be so.

On the basis of his relative failure with the general large audience, the academically educated interpreter of classical music, but unfortunately also the usual creator of avant-garde music believes he has to look down on the creator and producer of light music who hasn’t studied at a college, but is much more successful with the general audience – with a sort of envious pity.

The creator and interpreter of simple light music, however, is completely absorbed in his love of music – which he practically produces just like that – and in the glory of his artistic success with the audience. And he doesn’t even look at the academic professional musician and composer, for his audience isn’t there, nor does he see what he himself, in his simple natural way, regards as a musical gift.

He sees the archetypal classical professional musician more like a monkey who, after years of hard training plays tones from a sheet of paper – just like a computer – and only basks in the fact that this is the work of a great classical tone creator whose musicality, however, is indeed also appreciated by the simple folk musician – probably much more so than by the educated classical professional musician.

But all music-life feeds on this source of unspoiled, simple appreciation of music, the German, too.
And that is why general great success lies here – if you leave aside the manipulation of commercial exploitation by the large record companies and concert enterprises.

It is true that today the creator and producer of music, which in a simple way and above all independently and quite spontaneously intuitively orientates itself towards the laws of harmony of the microcosm of music, is not officially at the top of music-life, but at least with justification from an economic point of view. Better 10% self-orientation and brazenly light music than 0% self-orientation and classic –- and as time progresses, my opinion is increasingly confirmed.

JOURNALIST: And what about “harmonical music” in this context?