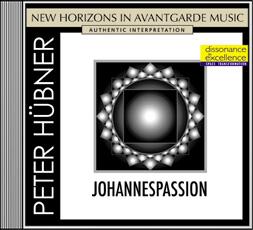 JOURNALIST: And the same can be applied to music?

PETER HÜBNER: I think so. In times when cigarettes are not strictly prohibited, it surely doesn’t make sense to prohibit music which is harmful to health.

And that also raises the question in how far music which can be harmful to health should be used in the educational system, for during the performance of music, the listener takes on the role of a test person, as the aspect of internalisation comes into force.

So this may possibly cause damage to the consumer – at least there where his immune system has already been weakened – which e.g. reveals itself in hyper-activity, in allergies and susceptibility to addiction, in poor powers of concentration, aggression and feelings of anxiety.

Of course, the influences accumulate. In combination with drugs, for instance, music which may be harmful to health, can have a much more harmful effect. If you want to avoid any sort of risk, then you avoid anything that may harm young people’s health. This is not an artistic or philosophical question, but a purely medical one.

JOURNALIST: So do you personally only listen to music which is conducive to health?

PETER HÜBNER: No, I also give serious practical thought to dissonant music. But I use my Medical Resonance Therapy Music® as a natural counterbalance for regenerating the influences of disharmonious music.

It seems foolish to me to want to avoid stress on principle. But the more you subject yourself to stress, the more you must do to counterbalance it, in order to reduce the stress. A lot of activity must be accompanied by long rest periods.

Applying endurance tests is particularly common in research into the strength of biological systems, and here, too, disharmonious music might be able to play a part.
But that concerns test orders which are scientifically monitored by doctors, and not tests in kindergardens, schools and public places.

On the scientific side they can be justified, on the other side – in the case of using disharmonious music in kindergardens, schools and public places or in the media – they must be called foolish, because here their use is unscientific and careless from a medical point of view.

Let me emphasise it once again – this is not about taste, about culture, art or genius, this is about illness or health.
Our society attaches greater importance to health than to art.
That is why in medicine, people are called to account in their training and activities to a much greater extent than in art.

Even if, according to Basic Law, art, science and theory are considered to be equally free, the protection of health has a much greater standing than observing taste or an aesthetic attitude. For this reason, I believe, in modern society music will sooner or later be subordinate to those important principles of preserving health, and regarded and categorised just like food or addictive substances or remedies. And this categorisation will be based on two things: objective scientific results of investigations in the field of medicine, and sound musicological research.